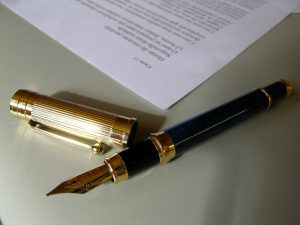 Today I am here to dispel some of those myths about the effectiveness of “dropping charges” on an alleged abuser in Montgomery County, Texas. I remember my days as a new prosecutor over 10 years ago. I, and two others, were in charge of all the misdemeanor intake for Montgomery County. That job required countless hours of reading offense reports submitted by police officers followed by either accepting or rejecting charges. It was an excellent way to become familiar with elements of criminal offenses and spotting potential issues within a case. Many times that would entail calling an officer or victim to get some further information prior to accepting charges.

Many times an assault family violence charge would come across my desk where the victim/complainant wanted to drop charges. At the time, I would review the case, look at photos for injuries, talk to the complainant – and 9 times out of 10 – I would honor the request of the complainant and reject the charge. This meant the arrested individual did not have to come to court or hire an attorney to defend his or her interest.

Generally, this does not happen now. If you are arrested for an assault and the other party wishes to drop charges, the State does not quickly reject the charge. I blame this on several things.

With the inception of an intake attorney housed at the Montgomery County Jail, cases are immediately filed. The prosecutor assigned is basically deciding whether or not there was enough evidence for the arrest, or as lawyers call it, “probable cause.” It is a quick yes or no based on a simple arrest record. The idea being the rest can be sorted out in court.

Political fall out is a major driving force. No elected official wants reject a case where the accused person eventually commits a more serious offense like aggravated assault or murder. Imagine the scenario where a battered wife tells the prosecutor that she wants to drop charges, the State agrees to drop them, and then husband turns around and murders her. That scenario generally makes for bad press, and there is nothing an elected official likes less. In this category I will also lump grant funding for Assault Family Violence cases; however, I will discuss more on that topic later.

Next is the utter lack of authority young prosecutors are granted. I have noticed an unfortunate trend over the last few years. It generally starts with the “I’m not allowed to (insert any reasonable request here)” or “I’ll get fired if I (insert a reasonable offer here).” So the fear the prosecutors have about making a wrong decision results in them making no decision at all. Montgomery County prosecutors are not able to look at the individual facts of the cases because the plea agreements are generally fixed. In order to deviate from a standard offer, they have to get permission from a Chief. So for instance, if they want to dismiss the charge or reduce it, they cannot independently use their legally trained mind to do it. It is a crying shame and retched inefficiency that sadly exists. There are definitely some people that want to drop charges because they are afraid of their abuser. However, there are also plenty of people that regret having called the police and have a legitimate reason to have the charges dropped who are ignored — prosecutors in these situations make the case “their own” and can purse a conviction whether the alleged “victim” wants to or not.

I know this is a charged discussion. Family Violence, Domestic Abuse, and assaults are serious business. I personally believe that this current process is having a detrimental effect on the justice system at large. I cannot count how many times citizens that have called out for police assistance vow NEVER to call the police again. It is an alarming trend, however, I can’t blame them. When one wishes to drop charges it involves an extraordinary amount of work – and no guarantee of the desired outcome.